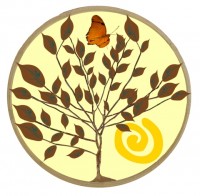 Chromotherapy is the treatment of diseases by exposing the client to color radiations, according to Ley Cantinho in her book entitled, “Companions of the Mind”

Chromotherapy is a process of readjusting a persons energy system by using the chromatic aspects of the sun’s colors. It is understood that as people we are energized by solar energy which is composed of different colors.

Each color correlates to a particular aspect of the sun and can function as “sedatives, stimulants, cauterizers, lubricants, coagulants, antiseptics, analgesics, dryers, absorbers, accelerators, fortifiers and anti-infectors…” according to Cantinho.

It was described in the teachings by Rene Nunes and used in various cultures including but not limited to Greek, Chinese, Tibetan, and Egyptian.   In recent times it is considered a natural medicine.

Back to Healing Techniques

This website does not make any health claims or promise to treat any or all illnesses. We cannot promise or guarantee results in anyway. Individual results may vary. The information introduced does not take the place of physician's care, medical procedures, lab tests or any necessary medication. Written and video testimonials on this site are real life individual experiences of those who have used our treatments, products and services. Results vary, and we do not claim that their results are typical. The testimonials are not necessarily representative of all of those who will use our treatments, products and/or services. The testimonials are not intended to make claims that our treatments, products and/or services can be used to diagnose, treat, cure or prevent any disease. These claims have not been clinically proven or evaluated by the FDA.